By: Dove
—
Tonight (Jan. 11) The Game returns for Season 4 on BET with a special one-hour debut! Longtime fans of the show, which originally aired on the CW network, will be reintroduced to the characters two years after they left off in Season 3.

Last night, most of the cast convened at New York’s Tribeca Grand Hotel to meet the press and watch the official BET screening of Episode 1. Tia Mowry, Pooch Hall, Wendy Raquel Robinson, Coby Bell, Hosea Chanchez and newcomer Terrence Jenkins (aka Terrence J of BET’s 106 & Park) were all on hand, along with writers Mara Brock Akil and Salim Akil.

BET’s President/COO Debra Lee personally introduced the episode, which turned out to be incredible! I don’t want to give any secrets away, but let’s just say that shifts in relationships and fame have twisted the characters to new levels of dysfunction. Terrence J and Meagan Good also have roles you’ll remember for a long time, and there are some surprise cameos!

I snapped a few quick shots of the party last night just for fun, so check them out below. What a beautiful cast of actors! Watch the clips below, and tune in to The Game tonight on BET at 10:00pm! 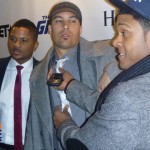 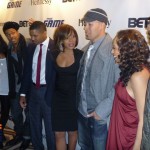 Cast and writers of The Game 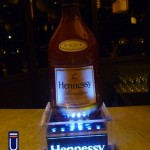 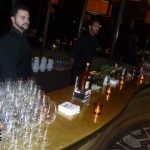 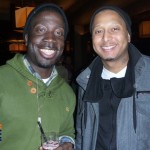 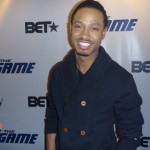 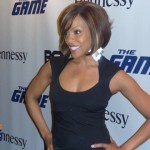 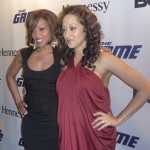 [Special shout to Gabriel Williams and Rae Holliday of StuffFlyPeopleLike.com (pictured above) on the relaunch of the site! You can catch their coverage of last night’s event here]

CLICK HERE for information on The Game and exclusive new video clips on BET.com!

If you’re new to the show, or just want to refresh your memory, CLICK HERE for Vibe.com’s Fan Guide