As a leader in the original neo-Soul movement, Philadelphia native Musiq Soulchild has won the hearts of fans all over the world in the past decade. On the business end of things, the ever-busy Soulchild recently released his sixth studio album via Atlantic Records, and on the personal side, he’s decided to make a worthy cause a part of his life.

Over the Summer, Musiq became an official ambassador for Susan G. Komen for the Cure Circle of Promise. In order to bring more attention to breast cancer awareness, the caring crooner decided to feature a group of breast cancer survivors in his music video for “Yes.” Below is more info from the official press release and some photos from the shoot! [Updated 9/19 – watch the official video below as well!]

Atlantic Records recording artist Musiq Soulchild announced his new role as ambassador for Susan G. Komen for the Cure® Circle of Promise, a movement designed to further engage black women around the globe in the fight against breast cancer. As an ambassador for the movement, Musiq will raise awareness about breast cancer so that younger women know the importance of early detection and why it’s important to pay attention to their bodies.

“Early detection is the key to winning the fight against breast cancer,” said Musiq. “Too often, black women are diagnosed in stage three and four when breast cancer is most difficult to treat. Some women are afraid to seek treatment for fear of losing their breasts or their hair. One’s physical appearance is much less important than the will to live. It’s time to remove the stigmas that are attached to this disease.”

Musiq Soulchild will also work with Susan G. Komen for the Cure® Circle of Promise to create awareness through social media outreach, television and radio appearances, as well as lend his talents for a fundraiser in October during National Breast Cancer Awareness Month.

“We couldn’t ask for a greater level of commitment from someone who has such a strong connection to the target audience,” said Katrina McGhee, Executive Vice President & CMO. “We are certain Musiq will both transform and save lives through his ambassadorship of this program.”

Musiq said this cause is so dear to him, because his largely female fan base has been so instrumental in his success. “I care because they are at risk. They have always supported me and it’s time that I return the favor and support them. I feel the need to make an impact before breast cancer impacts them and if my music can be the vehicle, then I am happy to serve.”

To join the movement, log on to Circleofpromise.org or dial 1.877.GO-KOMEN.

About Susan G. Komen for the Cure®

Thanks to events like the Komen Race for the Cure, we have invested nearly $1.3 billion to fulfill our promise, becoming the largest source of nonprofit funds dedicated to the fight against breast cancer in the world. For more information about Susan G. Komen for the Cure®, breast health or breast cancer, visit Komen.org or call 1-800 I’M AWARE.

Born Taalib Johnson, but better known as Musiq Soulchild, this Philadelphia, PA native uniquely blends elements of R&B, soul, funk, hip-hop, and rock, creating an eclectic Neo-Soul sound unlike any other. Through his 11-year career, Musiq has released five studio albums, two of which have been RIAA-certified platinum, as well as 7 hit singles under his belt, showing no signs of slowing down anytime soon. He has received awards from Billboard, BET, The American Composers, Authors and Publishers, BMI, and Soul Train.

In addition to his incredible 13 Grammy nominations, 2 of which were for his 2008 album OnMyRadio and one at this year’s Grammy Awards for Best R&B Vocal Performance, Musiq has also earned MTV Video Music Awards, American Music Awards, and NAACP Image Awards nods. May 2011 saw the neo-soul superstar release“MUSIQINTHEMAGIQ, his sixth studio album, which features production from Swizz Beatz, Jerry Wonda and The Stereotypes, to name a few. 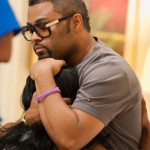 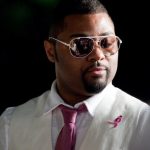 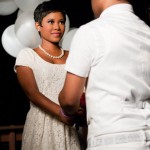 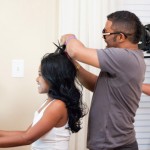 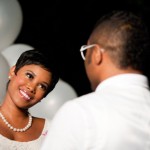 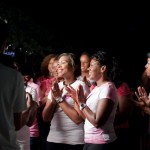